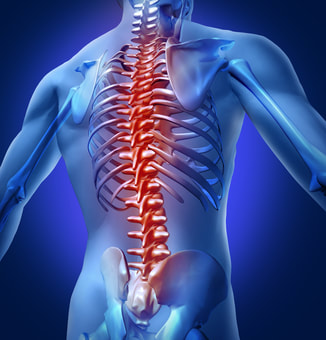 Without antibodies against HTLV you cannot have HAM/TSP. It is not completely clear how HTLV causes HAM/TSP.  It is thought that T lymphocytes infected with HTLV-1 enter the spinal cord and cause local inflammation.  This inflammation is chronic and damages nerve cells permanently.  This damage causes stiffness and weakness of the legs, leg and backache, weak bladder, constipation and erectile dysfunction.  Not all patients complain of all these problems and not all problems start at the same time.

It is difficult to diagnose HAM/TSP because usually the problems start very slowly over many months and years. It is important to remember that HAM/TSP does not affect the arms or the vision and is therefore very different from other diseases such as Parkinson's or Multiple Sclerosis.
How does HAM/TSP start?
Most people who develop HAM/TSP will have been infected with HTLV-1 for months, years or even decades.  Nobody knows what triggers the inflammation to start, so please don't feel guilty. HAM/TSP is seen more often in adults than children, women than men and in HTLV-1 carriers with >2% HTLV-1 proviral load.

What do people with HAM/TSP suffer from:
If such symptoms arise then please seek further medical advice. 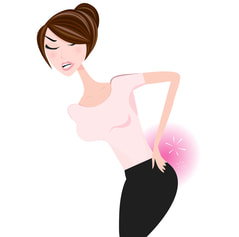 How is HAM/TSP diagnosed?
It is also helpful to confirm the diagnosis by:
Many different conditions can cause one or more of the above mentioned problems.
HAM/TSP is diagnosed by strictly following the Belem Criteria (ref: AIDS Res Hum Retroviruses. 2006. Proposals for Staging Diagnostic Criteria for Tropical Spastic Paraparesis / HTLV-I-Associated Myelopathy (TSP/HAM). De Castro-Costa et.al).

All patients with HAM/TSP have to have antibodies against HTLV-1 and a measurable and usually high HTLV-1 proviral load. In the UK patient with HAM/TSP had an average HTLV-1 proviral load of 14% (ref: J Neurol Neurosurg Psychiatry. 2010.  A 15-year prospective longitudinal study of disease progression in patients with HTLV-1 associated myelopathy in the UK. Martin F, Fedina A, Youshya S, Taylor GP.)

Depending on your problems your doctor will arrange for different sets of appropriate tests such as an MRI scan of your spine or collect a small amount of spinal fluid from your back.

Always discuss your worries with your doctor. 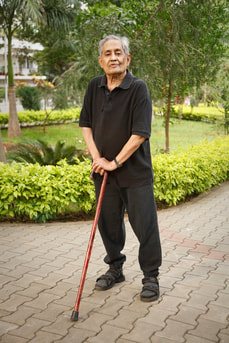 One way to measure a worsening in walking speed is to time how long it takes a person to walk a straight line of 10 meters.  A healthy person needs on average 6.8 seconds for 10 meters.  The average deterioration in 10 meter walking time in slow progressing HAM/TSP patients was observed to be about 2 seconds/10 m per year.
So it is very, very slow.

In the UK patients with HAM/TSP need walking sticks after about 11 years and a wheelchair after an average of 18 years. (ref: J Neurol Neurosurg Psychiatry. 2010. A 15-year prospective longitudinal study of disease progression in patients with HTLV-1 associated myelopathy in the UK. Martin F, Fedina A, Youshya S, Taylor GP.)

Patients often suffer with chronic pain of lower back and legs, as well as from recurrent urinary infections.
What is the course of HAM/TSP progression?
The natural course of HAM/TSP is very variable but usually most change occurs during the first couple of years after the first symptoms.

Thereafter the condition is more stable or worsens only very slowly. The level of disability varies greatly from person to person. Some patients have very mild disability that hardly interferes with their lives. However, up to half of all patients with HAM/TSP may eventually need to use a wheelchair. It can take many years before this becomes necessary.