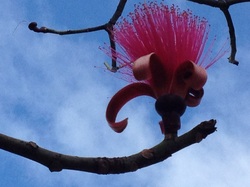 Is there treatment for HAM/TSP?
Although there is no cure for HAM/TSP a number of treatments are available. There are two approaches to treatment:
1. Treatment of the cause: i.e. the inflammation in the spinal cord
2. Treatment for the symptoms: weakness, stiffness, pain etc

Treatment of the cause:  Unfortunately since its discovery more than 30 years ago there is still no internationally accepted treatment that is known to definitely prevent patients with slow and rapid progressing HAM/TSP to progress to needing walking aids. However several options are available to delay progression.  It is important to know that so far only two randomised controlled trials ever have been funded in HAM/TSP and only one was placebo controlled (For more information please refer to the Science page).

Physiotherapy: Daily exercise and regular physiotherapy ensures that the muscles and nervous system receive the information that the body is very much still in use.  Many HAM/TSP patients work very hard at staying mobile and active and although there has been no trial to test if physical activity will delay disease progression in HAM/TSP, physical therapy is used in many other neuroinflammatory conditions to prevent the condition from worsening. Physical exercise is like drug therapy, it must be done daily and regularly. It probably follows the motto: use it or lose it.

So we very much encourage you to take your daily exercise very seriously. As long as you are able to and are safe to, please try and keep your fantastic legs moving.  Our motto: Never give up, never surrender! 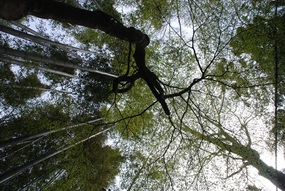 Corticosteroids
There are many forms of these steroids, prednisolone, prednisone and methylprednisolone.  They have never been formally tested in patients with HAM/TSP but some observational information on its use is available.

It does not reduce the HTLV-1 proviral load. Some doctors prescribe intravenous methylprednisolone followed by high dose prednisolone for patients with rapidly progressing disease. Some doctors prescribe low dose prednisolone for slowly progressing patients with HAM/TSP. Although they often help with pain and rapidly worsening mobility for a short period of time, it is not clear how useful they are long term. These drugs have many side-effects and ideally are used only for a very short period of time.  The dose is usefully reduced over time and the medication stopped.

Steroid sparing drugs
Ciclosporin-A, methotrexate and azathioprine are often used in autoimmune diseases and some doctors prescribe them for HAM/TSP patients.  They do not reduce the HTLV-1 proviral load. They might prevent the progression of HAM/TSP.  But there is no data available on large groups of patients to be sure. 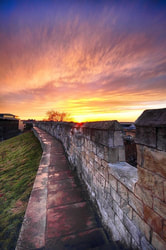 Future
Funding is needed to test these drugs in properly conducted large scale HAM/TSP trials. These trials have to group and match patients with the appropriate HAM/TSP disease severity and subgroup. They have to have a control arm to make sure any treatment effect is due to treatment and not a chance occurrence. Last but not least these trials have to be conducted long enough with a meaningful follow up period.

You can consult the ClinicalTrials.gov  website to see if there is a trial you would like to join. 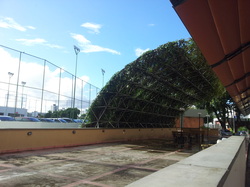 Pain
Paracetamol, aspirin, ibuprpfen, codeine-phosphate and tramadol are all medications that help with pain. However some can also cause stomachache and constipation. So patients like to take as little as possible.

Intravenous methylpredinisolone, a corticosteroid, has been used for patients with extreme pain and has been shown to reduce pain significantly for few weeks.

Stiffness
Baclofen, dantrolene and tizanidine have been used to reduce stiffness (spasticity) and involuntarily movements, such as tapping and shaking of legs (clonus). They have to be started slowly since some patients develop very floppy legs and might be unable to stand and walk and might fall. They are usually well tolerated.

Urinary incontinence and retention
Oxybutynin, tolterodine, solifenacin are drugs that relax the bladder so it can hold the urine better. They help with incontinence. Some patients find it difficult to let go of urine and retain urine. This can put unhealthy pressure on the kidneys (hydronephrosis). Patients are advised to perform, intermittent self-catheterisation, where with a clean tube they empty the bladder manually. Suprapubic catheter, is a permanent tab, that is in place at the lower part of the abdomen. The patient can then easily release the urine directly from the bladder. It is important not to hold on to urine for too long since the bladder and kidney can get infected.

Urinary Tract Infections
Antibiotics are used to treat infections of the bladder (cystitis) and kidneys (pyelonephritis). The urine must be tested for bacteria and their response to antibiotics before the correct drug is prescribed. Please see your doctor if you experience pain when passing urine, have to pass urine often, feel hot and cold, shiver as well as have lower abdomen or backache.

Constipation
A healthy balanced diet and regular fluid intake helps to reduce constipation but patients with HAM/TSP might need medication such as ispaghula or senna with or without regular enemas.